The High Priestess and the Angel of Rainbows 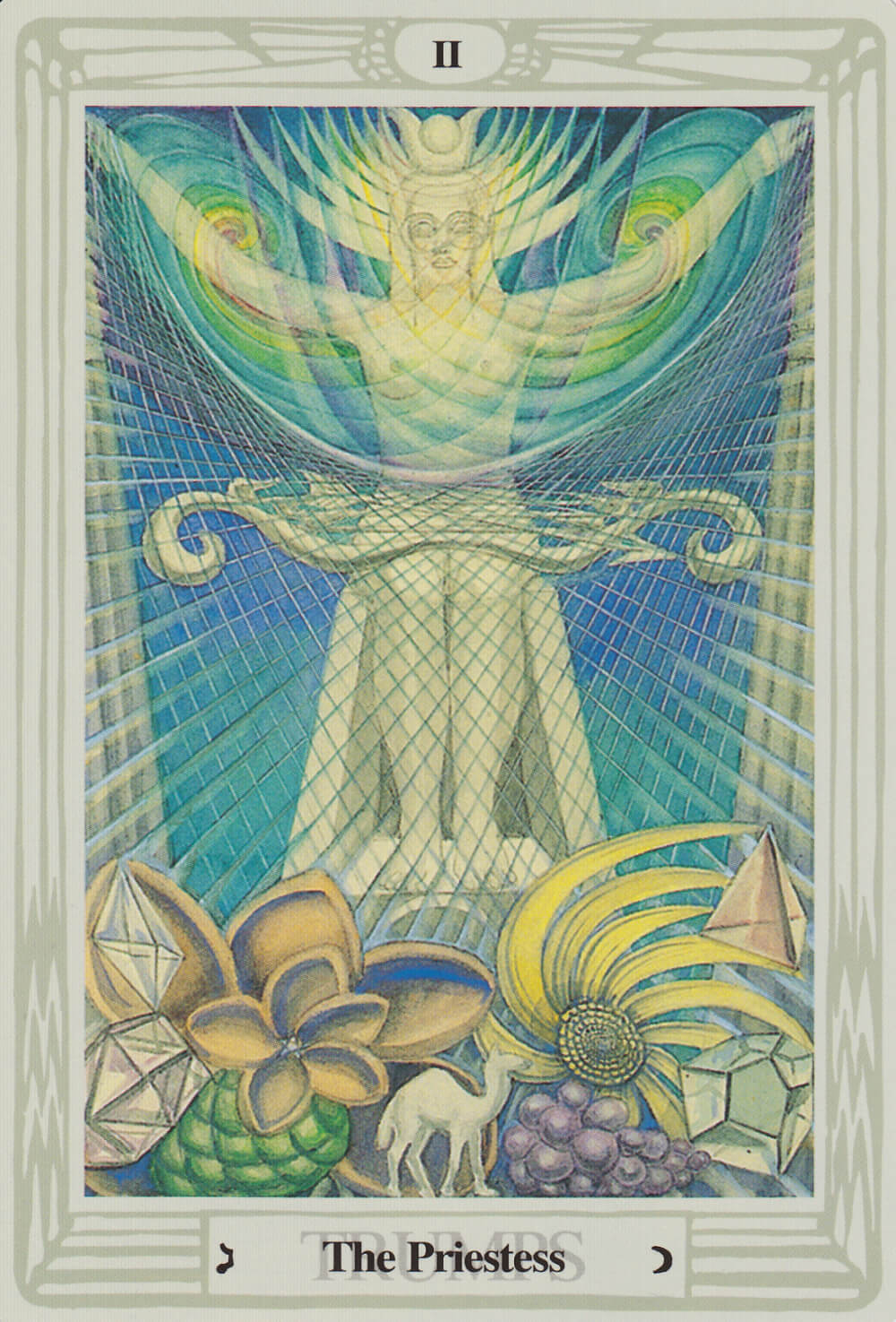 I have been to many readers and intuitives over the years, and I have learned from and found value in nearly every intuitive reading I have ever received. But I have only met one true psychic (and by psychic, I personally mean someone who gives intuitive readings without using any outside tool such as cards, runes, crystals, etc.). His name was Bobby Drinnon, and he was honestly one of the most amazing people I have ever met. Bobby read for no less than three generations of my family, and although he is no longer with us, his predictions are still coming to pass in our lives today.

I met Bobby when he was around 50 years old. Even then, he had snow-white hair past his shoulders, and the most radiant face I’d ever seen. His energy glowed, similar to the way women “glow” when they are pregnant, and his kindness was unlike anyone I had ever met. To be near Bobby was truly like being in the presence of an angel. As soon as he saw me, he hugged me and told me how excited he was to meet a member of his family, and that he and I had been having a lovely time talking all morning! We sat down across from each other at his desk, surrounded by rainbows (his favorite symbol of God’s love), and he began to simultaneously read for me while dashing off important notes—with illustrations, no less!—at a furious pace. I watched and listened in utter amazement.

In addition to giving psychic readings and reading auras, Bobby could also read the energy of people in photographs and the energy of important objects. On that first visit, I took him my tarot deck. He held the cards in his hands, closed his eyes, and smiled. “These are a powerful tool, and you are good with them,” he said. “But you don’t need them.”

I chuckled nervously and he reassured me, “You can do everything I can do, and you don’t need them. One day you’ll read for people just like I do, without these.” As he reached across his desk to hand them back to me, he said, “They are very nice, though.”

I didn’t know it at the time, but he was telling me exactly what he had been told by his mentor years before, when he was also a card reader about my age. It is the one of Bobby’s predictions for me that has yet to come to fruition, but it is the most precious to me. For all I know he may have delivered this message to every card reader he ever met, but it gives me great hope that I could perhaps grow to be like him in even the smallest measure.

Being near Bobby, for me, was like receiving a glance from the archetype of The High Priestess. Talking with him, and experiencing his other-worldly peace, was the closest I had ever come to looking beyond the veil. Bobby wasn’t just comfortable with ambiguity, he was at home in it. He was confident in what he knew, without feeling the need to justify or explain how he knew it. He had a deep pool of faith, in himself, in God, in humanity, and in the intricate workings of the universe. He often said, “God is in charge, and everything is on schedule.” 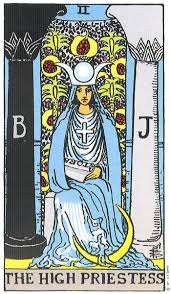 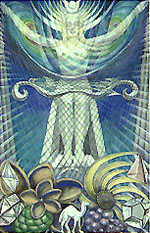 The High Priestess from the Rider-Waite and Crowley-Harris Thoth decks.

The High Priestess (number 2 in the deck) is the archetype that embodies this quiet inner knowing that I was drawn to in Bobby. The High Priestess is the moon, illumination in the darkness, mystery, hidden knowledge. Anyone can see reality when it is lit by the bright, golden sun, but it takes a certain kind of mysticism to discern reality by the dim, silver light of the moon. Like Bobby, The High Priestess feels safe and calm in the dark corners of the psyche, because she knows that the dark holds the keys to understanding and properly using the light.

The High Priestess is also one of the faces of the Divine Feminine in the deck. She is the dark half of the feminine—not motherhood and sensuality (which is the Empress), but mystery and intuition. She is Shekinah, Sophia, Isis, Diana, The Papess, The Psychic, The Witch. She is menstruation, virginity, celibacy, menopause—a whole unto herself. She is comfortable with introspection and solitude, the dark and the unknown.

Even though the archetype is feminine, The High Priestess energy is available to us all, and is a part of the human experience. The High Priestess is at work in our lives any time we have a deeply meaningful experience or profound realization—sometimes we witness birth or death, or we fall in love, or make some intense discovery about ourselves. We feel undeniably changed by it. It was absolutely real, and yet, when we try to explain it or express it to others, the gravity of the experience slips through our fingers like grains of sand. The attempt at rationalizing or sense-making kills the wonder, the magic, and the profundity of being a spiritual being in a human body.

She is also present in our lives when we, for no apparent reason, just know something. Intuitive insights come in all forms—not just pictures, sounds, sensations, and symbols, but also in information that simply pops into our minds and that we know in our gut is true. The ultimate lesson of The High Priestess is to be comfortable with and to trust the unknown, the inexplicable, and the inexpressible.