The Hierophant and the Illusion of Struggle 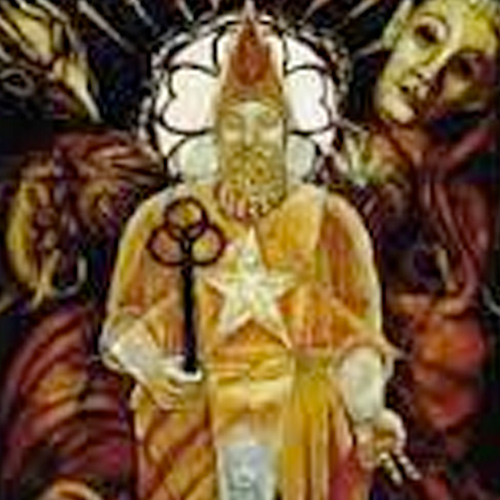 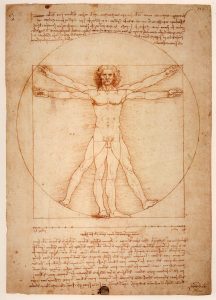 For the first third of my life, I strongly identified with the number 5. The association existed for a variety of reasons, including my affinity for the symbolism of the pentacle, with its five points representing the four elements and Spirit. I also appreciated the human form as a five-pointed star: arms, legs, and head, similar to Da Vinci’s “The Vitruvian Man.” Numerologically, my name was also a five; there were several other coincidences in my life that contributed to this association of my identity with the number 5.

When I began working with the tarot, the fives came out to play! Unfortunately, I quickly learned that in the tarot, fives represent struggle. And truth be told, struggle was also a large part of my identity. For many years before and after I began reading tarot, my life seemed to be a constant struggle to feel safe—in my finances, in my career, in my love life, in my family, and on and on. It seemed like everywhere I went, struggle wasn’t far behind. The cards reflected this back to me, showing up in every reading I did for myself. I grew so tired of seeing Worry (5 of Disks), Disappointment (5 of Cups), Strife (5 of Wands), and Defeat (5 of Swords), that I even came to dread seeing The Hierophant, the number 5 in the major arcana.

To my mind, The Hierophant was the representation of the patriarchy—particularly patriarchal organized religion. After all, The Hierophant is the teacher of tradition, the priest who presides over the flock, the enforcer of social constructs, the family, and the rules. He represents The Church, which benefits from a system of subservience. In my mind, he was associated with the devaluing and debasing of the Divine Feminine, and the struggle of the common people, whose labors support the existence of the state. I was a little jaded. 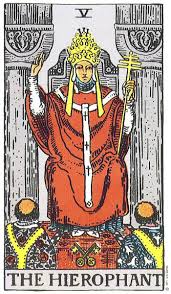 The Hierophant is all those things.

But he is also so much more.

Take, for instance, The Hierophant as the representative of The Church. If there is one thing The Church has, it’s wealth. Think of the Catholic Church and the Vatican, with its own economy, bank, jewels, gold and precious metals, priceless manuscripts, antiquities, and on and on. Not to mention cold, hard cash. The Church has abundance in spades.

We can look at this as evidence of power plays and wrong doing, or we can see The Church as a microcosm of the Universe, in which there is no such thing as poverty. There is no limit to the resources of The Church, or the Universe. There is nothing it cannot reach, cannot help, cannot save, cannot endure.

The pain of struggle is the illusion of separateness from the abundant flow of Universal love and harmony.

The struggle is not real.

The pain is not real.

The fear is not real.

“I must not fear. Fear is the mind killer. Fear is the little death that brings total obliteration. I will face my fear. I will permit it to pass over me and through me. And when it has gone past I will turn the inner eye to see its path. Where the fear has gone there will be nothing. Only I will remain.” – Frank Herbert, “Litany Against Fear,” Dune

Did we just defeat fear and solve all our insecurities with a simple card? I think we did.

And it doesn’t stop there. The Hierophant is the teacher. He represents education and the leveling of the playing field that comes with it. He is the spiritual sustenance we gain from studying the lessons of whatever spiritual path we follow. He is the safe harbor of the family and its loyalty. He is the sense of one’s heritage, past, and identity. He represents growth, faith, trust, practice, and familiarity in all forms. To learn from The Hierophant is to learn and trust your place in the Universe—both integral and insignificant—and to rejoice in it.