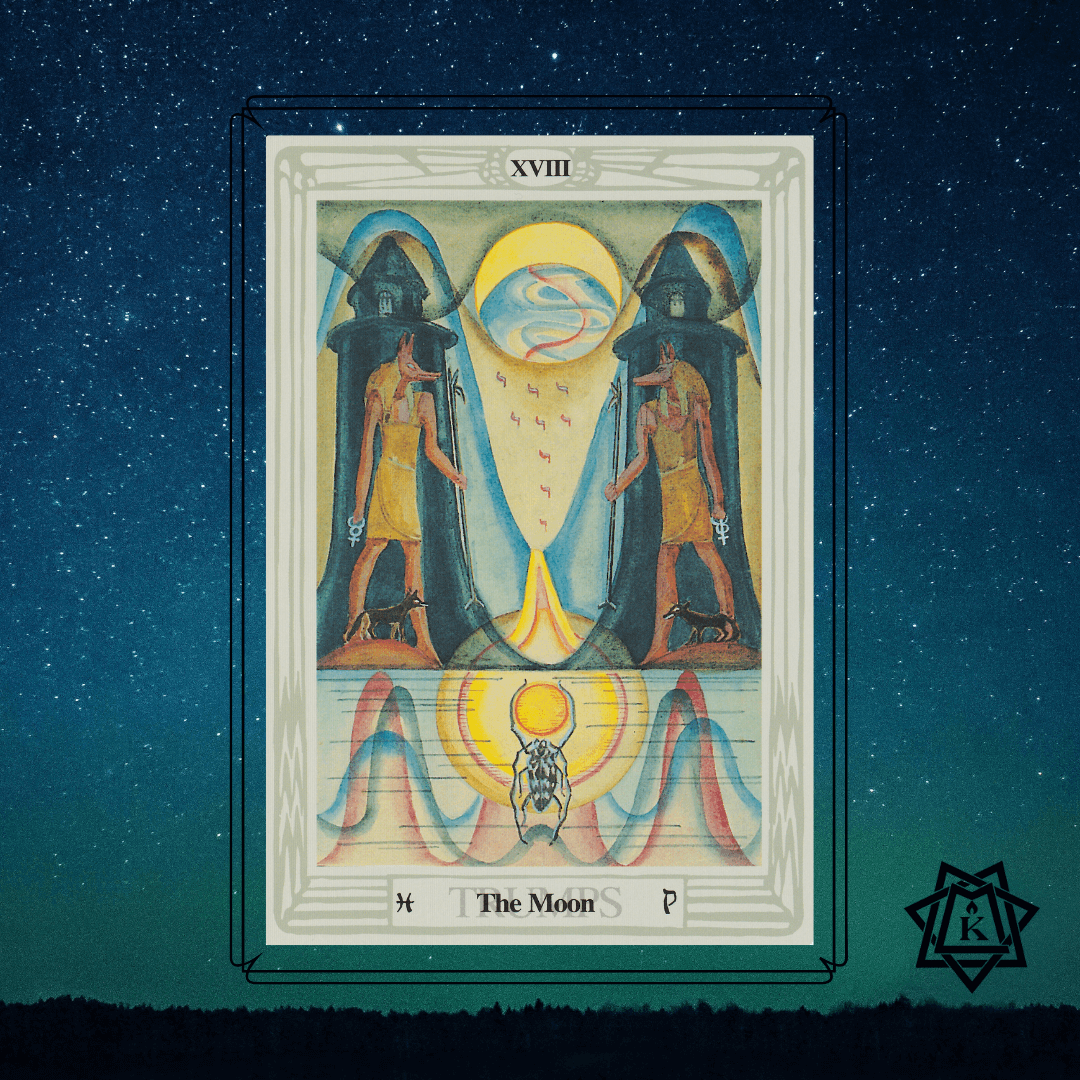 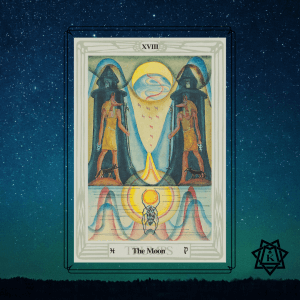 Traditional Title: The Ruler of Flux and Reflux, The Child of the Sons of the Mighty

The ever-changing moon waxes and wanes in a never-ending cycle. She grows, becomes full, shrinks down to nothing, and begins again anew. The Moon card, Atu XVIII, represents the confusion and lack of clarity that comes with examining things by metaphorical moonlight. Since the Moon’s face continually changes from our perspective here on earth, the card represents an unreliable narrator, illusions, even nightmares and hallucinations. It’s path on the Tree of Life is a great illustration of its off-kilter nature, flowing down one side of the Tree from Venus’s rule in Netzach down to the earth in Malkuth. It’s far down the Tree, one-sided, and heavily influenced by the darker, feminine energies. Crowley associated this card with “witchcraft and abominable deeds.”

The Moon card, in spite of any attachments we may have to lunar deities or to the satellite itself, is intended to cause unease. It is intended to recall in the reader the sense that nothing is what it seems; even under the light of the full moon, our eyes can and do play tricks on us. We do not know and are loathe to imagine what is hiding in the shadows. This card often comes up during ‘the dark night of the soul,’ when there is important information the querent is not privy to or doesn’t have yet, when things are in a state of flux, and/or when the situation is developing and not ‘set’ yet. When this card appears in a reading, the querent must reconsider what they think they know, acknowledge that not every passing thought is true or deserves to be believed in, and re-evaluate their conclusions.